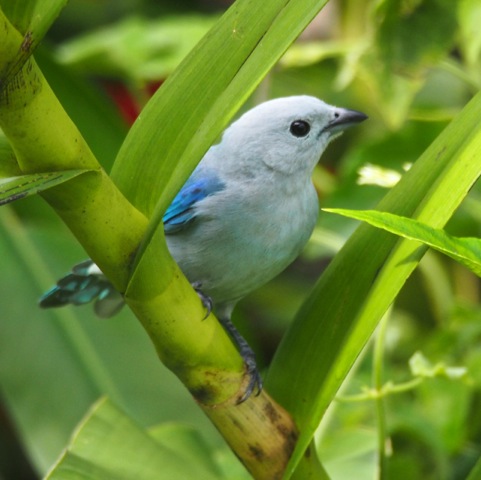 The Blue-grey Tanager (Thraupis episcopus) is a medium-sized South American songbird of the Tanager family, Thraupidae. Its range is from Mexico south to northeast Bolivia and northern Brazil, all of the Amazon Basin, except the very south. This bird is called Blue Jean. Typically found in pairs, Blue-gray Tanagers commonly take fruit placed on a feeder as well as fruit hanging from trees.

The Blue-gray Tanager is a non-forest species adapted to second growth, parks, gardens and urban situations. It is just as often seen on the top of a house as it is in a garden. In Costa Rica this species is found from the lowlands to middle elevations (around 1,500 meters) in both dry and humid zones.