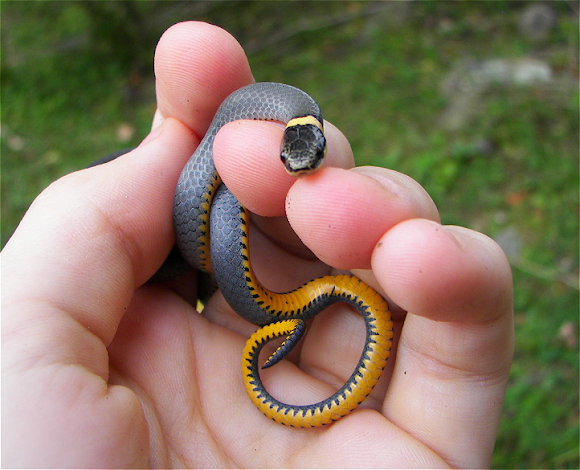 Gray with bright yellow to orange belly and distinct yellow ring around the neck. The northern subspecies seems to lack the bright red tail. Their diet consists of mostly worms, slugs and other small invertebrates, but they will also eat small amphibians. Ring-necked snakes are rear-fanged, but do not possess a true venom gland. The venom, which is harmless to humans, is produced instead by the Duvernoy's gland.

Found under a flat slate rock. I haven't seen one of these in several years. They've always been an uncommon find in my area. I found one DOR (dead on road) earlier this year. Was lucky to find this one!

Beautiful photos, and a great spotting. Good info too.