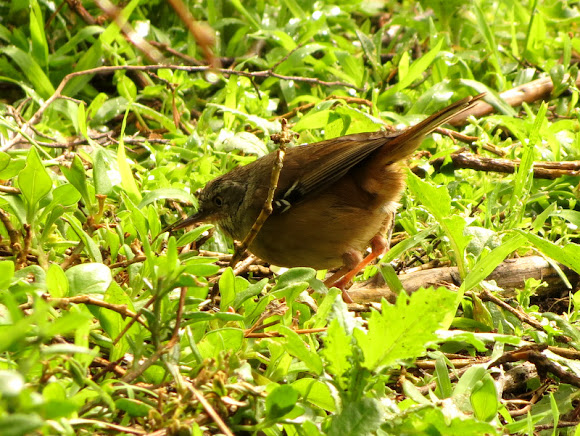 Mostly dark olive-brown above, while the throat is buff grey and the flanks, belly and rump are dull rufous. They have a white line above the eye and another below the eye. The area around the eye between the lines is black, becoming greyer near the ear. The eye is light cream. Males and females are similar, but the females are slightly duller, particularly on the face. Subtropical and tropical populations are more yellow underneath, males having an almost black facial mask. Other populations along the southern coastline have dark streaking on the throat. Young White-browed Scrubwrens are similar to the adults, but are generally duller, with more chocolate-brown backs and duskier faces.