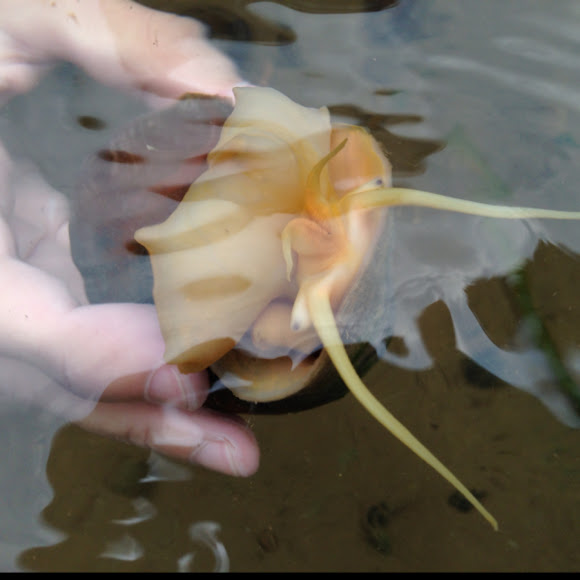 The shell of the channeled applesnail (Pomacea canaliculata) varies from 1.5 - 2.3 inches wide and 1.75 - 3 inches high. The shell has 5 to 6 whorls which are separated by a deep, indented suture, hence the species name 'canaliculata' or 'channeled'. The island applesnail (Pomacea insularum) appears nearly identical. The shell opening, or aperture, on both species is large and oval or round. Body color of applesnails vary from yellow to brownish black, with or without dark spiral bands. Their presence is often first noted by observation of their bright pink egg masses. These egg masses are laid on solid surfaces up to about 20 inches above the water surface. An average channeled-applesnail clutch contains 200 to 600 eggs, with each egg measuring 0.9 to 1.4 mm in diameter. An average island-applesnail clutch usually contains more than 500 eggs, slightly smaller than those of its sister species.