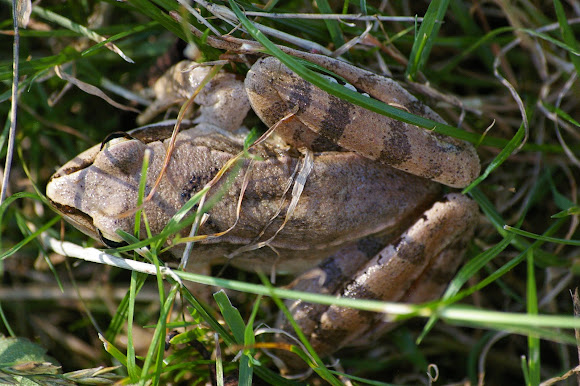 Medium-sized frog that could be olive green, grey-brown, brown, olive-brown, grey, yellowish or rufous. Flanks, limbs and backs are covered with irregular dark patches and they usually show a chevron-shaped spot on the back of their neck.

Spotted in grazzing area of the western french bocage. They usually live in damp places near ponds or marshes or in long grass. Found throughout much of Europe.

Spotted by
Noah Citizen aka Olivier