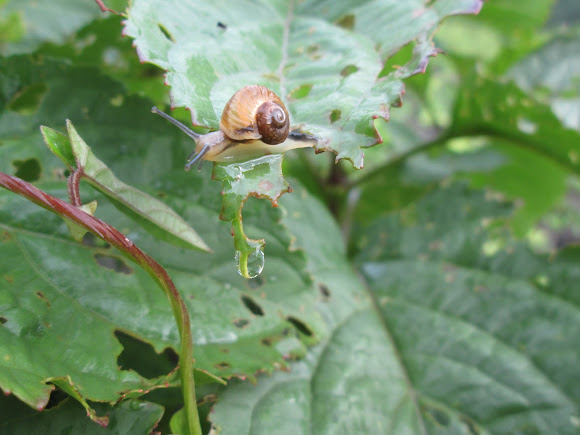 The entire genus Achatinella consisting of 41 species of small, colorful tree snails.A land snail is a common name for any of the numerous species of snail that live on land, as opposed to those that live in salt water and fresh water. Land snails are terrestrial gastropod mollusks that have shells, (those without shells are known as slugs.) In reality however, it is not always easy to say which species are terrestrial, because some are more or less amphibious between land and freshwater, and others are relatively amphibious between land and saltwater.

In the wild, snails eat a variety of different foods. Terrestrial snails are usually herbivorous, however there are some species that are predatory carnivores or omnivores. The diet of most land snails can include leaves, stems, soft bark, fruit, vegetables, fungi and algae. Some species can cause damage to agricultural crops and garden plants, and are therefore often regarded as pests.

Land snails move by gliding along on their muscular foot, which is lubricated with mucus and covered with epithelial cilia.This motion is powered by succeeding waves of muscular contractions that move down the ventral of the foot. This muscular action is clearly visible when a snail is crawling on the glass of a window or aquarium.

Moved to "others" category.