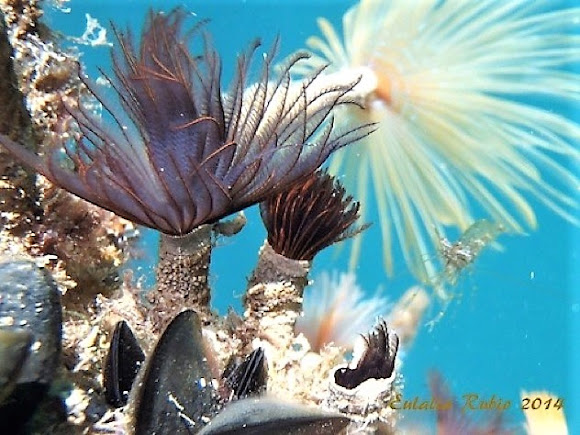 Within the Annelid edge are polychaete marine worms, which have identical cylindrical body segments. The tubique polychaetes make tubes from secreted material and part of foreign material that serve as a refuge or hiding place to stalk their prey. Thanks to these tubes they have access to clean and well-oxygenated water, above the mud or sand where they are found. They live on rocks, shells, corals, and other surfaces.

Rope lines at the sports facilities of the port of Valencia. A population of the invasive polychaete Branchiomma luctuosum has been detected in the port of Valencia (Western Mediterranean Sea, Spain), which represents the westernmost record of this species in the Mediterranean Sea and the first record on the Iberian Peninsula. Its original distribution is the Indo-Pacific (Red Sea). It has been found on hard and soft substrates, grouped into small groups or isolated specimens.