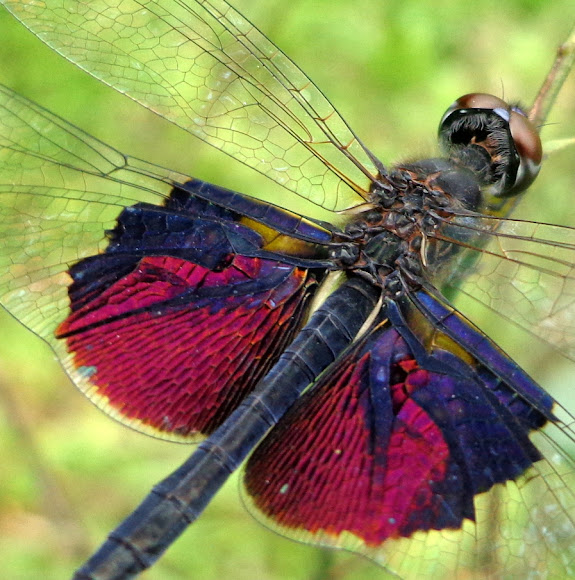 An unusual dragonfly resting on rose plant one evening. It stayed for a long time and always returned whenever it was scared off. It was not seen here the next day though. The last photo was taken several hours later in the evening, accounting for the slight change in colour.

superb.i spotted a similar dragon fly. with colour only near wing adjecent to thorax,is this have distribution in india.

She's a photogenic one.