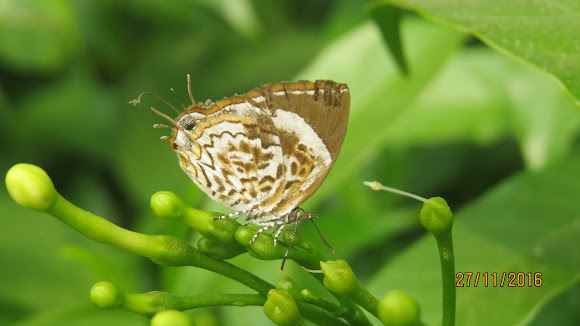 About 2 hours drive from Kolkata city (coordinates) there is a small village called Deulia. A 10th century brick temple is located here. The temple has a nice garden. This butterfly was spotted in the garden.

I know there is a plant called Monkey Puzzle and I wondered why this butterfly is so named. Wikipedia says, Its method of alighting is interesting - as soon as it lands, it turns around and waggles its tail filaments, it also sidesteps for a while - all this is apparently to confuse a predator as to which side is the head. This is a likely reason that the first naturalists may have named the species the Monkey Puzzle. "