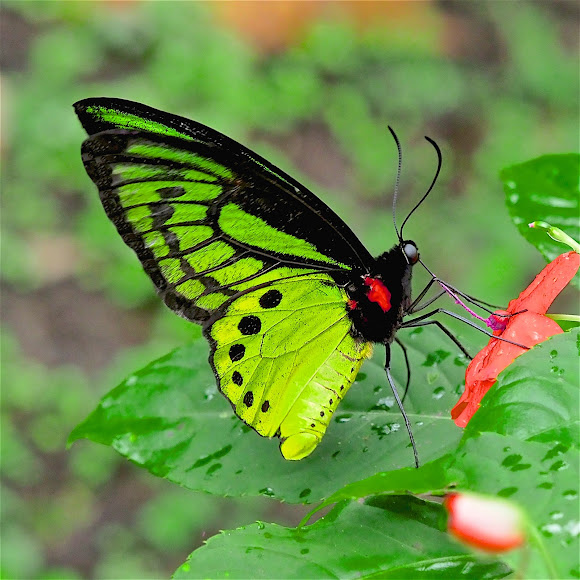 Ornithoptera priamus belongs to the family PAPILIONIDAE or Swallowtail butterflies. The beautiful bluish green wings were a joy to behold as it gently floated down to nectar on some Impatiens flowers. Most of the time they remain up in the canopy, coming down only occasionally to feed. The wingspan of a Birdwing can be 6-8 inches across, or 15-21 cms.

Ornithoptera priamus is a variable species,with, some say, as many as 99 sub-species. As in other species of the genus Ornithoptera, the females are larger and less vividly coloured than the males, them being mainly blackish or dark brown with patterns in pale brown, yellow or white. Overall this species remains widespread, but some subspecies, those endemic to smaller islands, are threatened by habitat destruction. It is not as rare as some of the other Birdwings found in Papua, it's range stretching into NE Australia and some of the islands nearby.