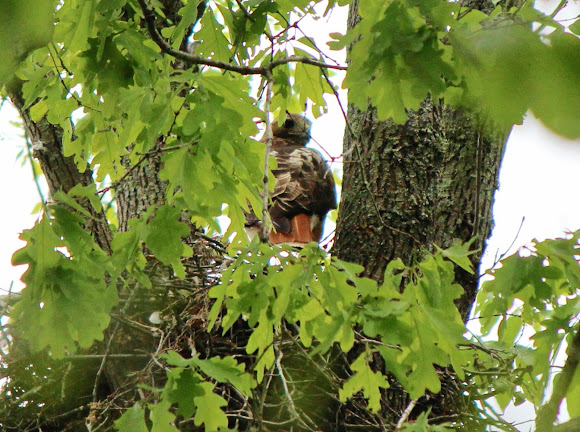 Red-tailed Hawk Adult Large hawk Long, broad, rounded wings Reddish tail with thin black band near tip Mottled white shoulder patches. This hawk is a bird of prey, one of three species colloquially known in the United States as the "chickenhawk," though it rarely preys on standard sized chickens

The Red-tailed Hawk is a bird of open country. Look for it along fields and perched on telephones poles, fenceposts, or trees standing alone or along edges of fields.

I was lucky enough to find a nest of the red tail hawk,Early April 2013 the pictures start with the adult, then follow with the hatch-lings various growth stages. The young chicks took flight from their nest at the end of the month of May 2013.