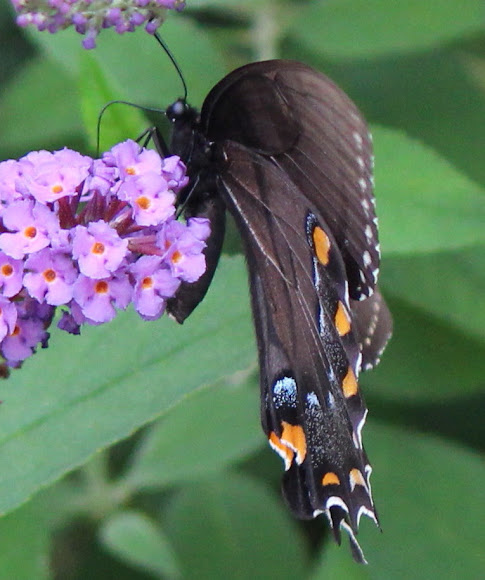 broad, black line on the trailing margin of the hind wing is less than half way to the first vein,dark females have a shadow of the tiger pattern evident, at least in fresh individuals.