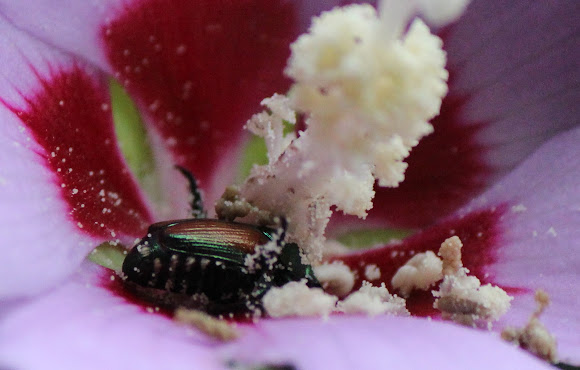 This species overwinters as larvae (grubs) in the soil. With the approach of warm spring temperatures, they move toward the soil surface and continue feeding on grass roots. Larvae mature from late May through June and molt to pupae in the soil. Adults emerge from the soil from late June through July. In Pennsylvania adults start to appear about June 20 in the southern areas. They emerge 7-10 days later in other areas of the state. Beetles are most abundant during July and the first two weeks of August. After mating females live 30-45 days and lay 40-60 eggs in the soil. Larvae hatch from the eggs in 10-12 days. They feed on grass roots until late September when cool soil temperatures cause larvae to move downward into the soil to overwinter. They complete their development the next spring. One generation occurs each year.