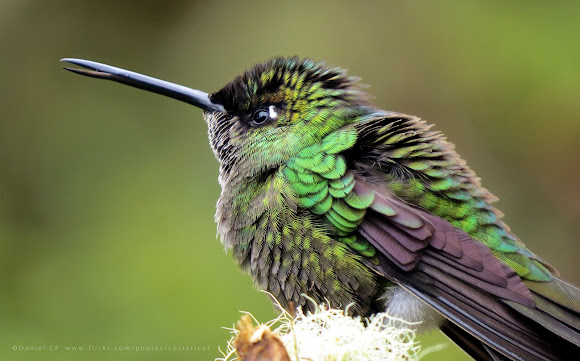 This 'large', long-bill hummingbird occurs in the highlands from the southwestern United States south to western Panama. Most populations are resident, but the species migrates south from the northern part of the range in the nonbreeding season, and even as far south as Costa Rica, where it is very common. In breeding season males defend territories where giant thistle (Cirsium) is numerous, and also they ascend to the canopy to visit flowers of epiphytes (Ericaceae) and vines (Passiflora) This male probably hit a window and got his bill deformed.

I have really enjoy looking through your sightings and hope to learn more about Costa Rican wildlife! I will be going to Costa Rica as well as Nicaragua this coming December and am looking forward to my time there.

I would like t invite you to add your spotings of hummingbirds to the new mission:
http://www.projectnoah.org/missions/1244...