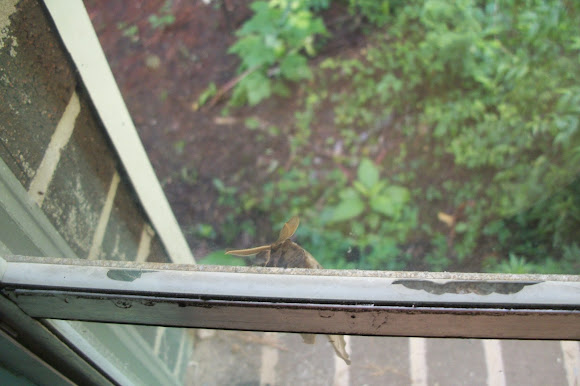 The eastern polyphemus is usually found in temperate forests, and the window on which it was resting was only several yards away from the edge of a temperate forest. I have seen several of these in northeast Tennessee.

This moth had recently emerged from its cocoon, as one can tell by its position - moths normally sit with their wings rested by their sides, as opposed to folded upright like butterflies. I found it early in the morning, and it had gone by the afternoon. It was likely waiting for the sun to dry its wings so it could fly away. The eastern polyphemus is a giant silk moth of the family Saturniidae, which also contains luna moths and cecropia moths.