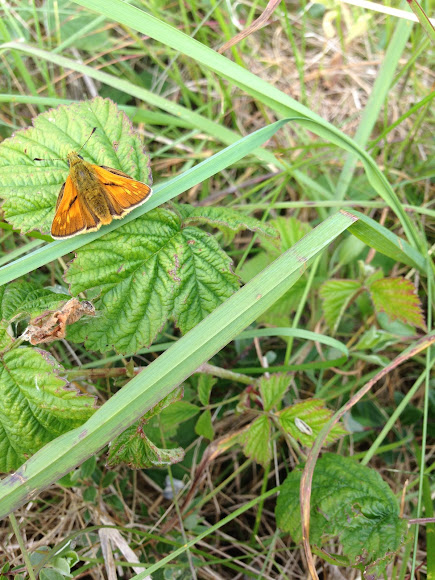 Probably a Male Large Skipper as they are most often found perching in a prominent, sunny position, usually on a large leaf at a boundary between taller and shorter vegetation, awaiting passing females.