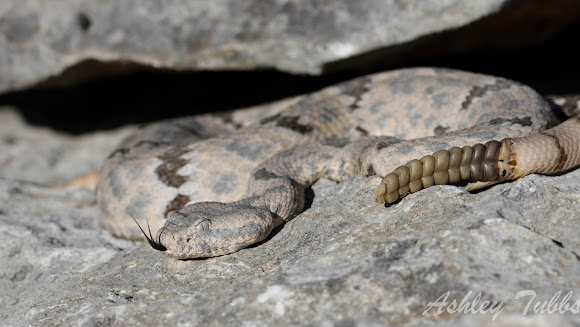 This was my lifer Rock Rattlesnake, and I think it's at the top of my list for coolest things I have found. This is a large one for the species, and has an overall pinkish wash to it. The last photo shows this guy on bottom, and the other Rock Rattlesnake we caught on the trip on top.

I was walking along a rocky cliff that had areas of flat rock and vertical walls. This guy was sitting in a crevice that had moss in it, and he stuck out really well or else I might have walked right past him! I thought it was fake at first because of how beautiful he was, but then he moved some and started rattling at me, and I got super excited :)

Thanks Joshua, Dan, and Luis!

I love this one!

this is a masterpiece.