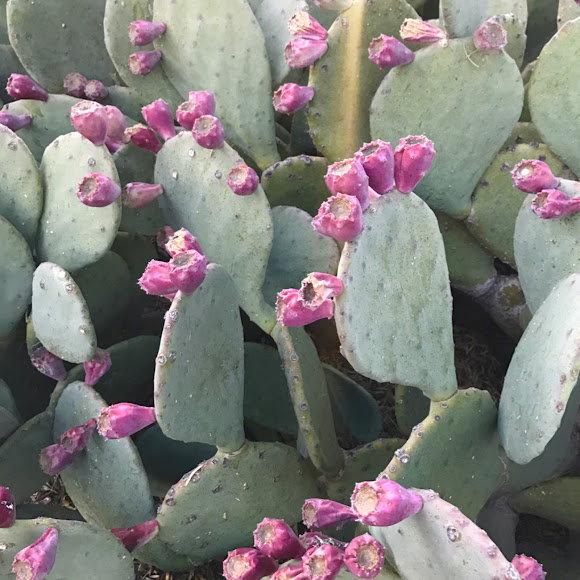 Opuntia ficus-indica is a species of cactusthat has long been a domesticated crop plant important in agricultural economies throughout arid and semiarid parts of the world. It is thought probably to have originated in Mexico.[1] Some of the common English names for the plant and its fruit are Indian fig opuntia, Barbary fig, cactus pear, spineless cactus, and prickly pear, although this last name has also been applied to other less common Opuntia species. In Mexican Spanish, the plant is called nopal, while the fruit is called tuna, which are names also used in American English, especially as culinary terms.

Seemed to be in everyone's gardens in Marfa Texas