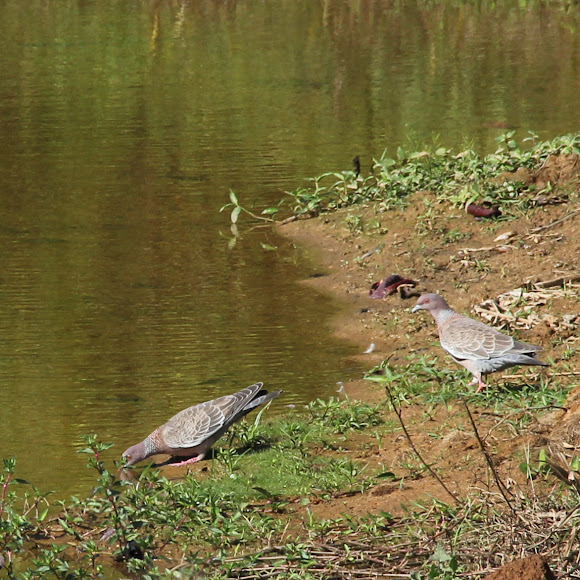 This kind of pidgeon has a beautiful color, especially the white lines bordering its feathers. When it's wings are closed, it looks like some kind of armor. It has a unique vocalizing, active all day long. They were really sneaky and you could always listen to then somewhere around, but never having a chance to spot them. After hours we found then drinking water close to a small lake. Then we could see them flying around the farm area all the time. Dunno why, but one of them has yellow eyes, and the other red eyes.

It was found near the borders of tropical forest, also in more open areas.

It gives the name of a very famous song in Brasil, called Asa Branca, by Luiz Gonzaga. He states that, with the dry season, even this bird flew away from the Sertao, a semi-arid area in the northeast of Brasil, and so would do the guy, leaving his wife behind.