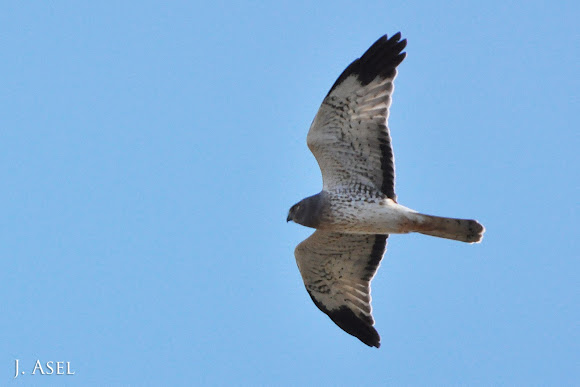 I finally got half a chance to photograph a male Northern Harrier :) Since they are less common in my area than females and have yellow eyes, blueish-gray head and upper parts and white bottom with black speckling on the upper torso and auxiliaries. Their species name, Circus cyanus, comes from the Greek word “kirkos”, meaning circle and the word “cyan” which is a shade of blue. These refer to the Northern Harrier’s flight pattern while hunting and the color of the male bird. Still need top side pics!