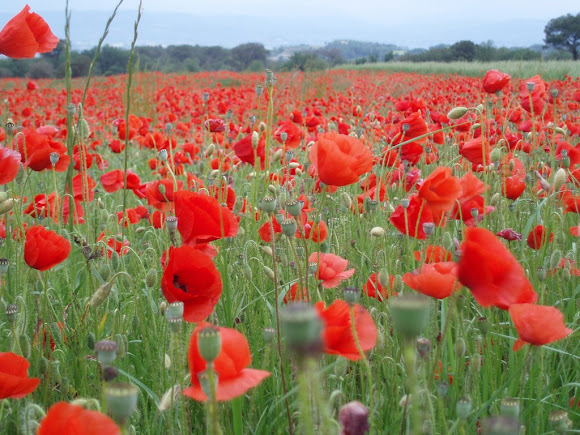 The plant is a variable annual, forming a long-lived soil seed bank that can germinate when the soil is disturbed. In the northern hemisphere it generally flowers in late spring It is known to have been associated with agriculture in the Old World since early times. It has most of the characteristics of a successful weed of agriculture. These include an annual lifecycle that fits into that of most cereals, a tolerance of simple weed control methods, the ability to flower and seed itself before the crop is harvested.

This poppy, a native of Europe, is notable as an agricultural weed P. rhoeas sometimes is so abundant in agricultural fields that it may be mistaken for a crop