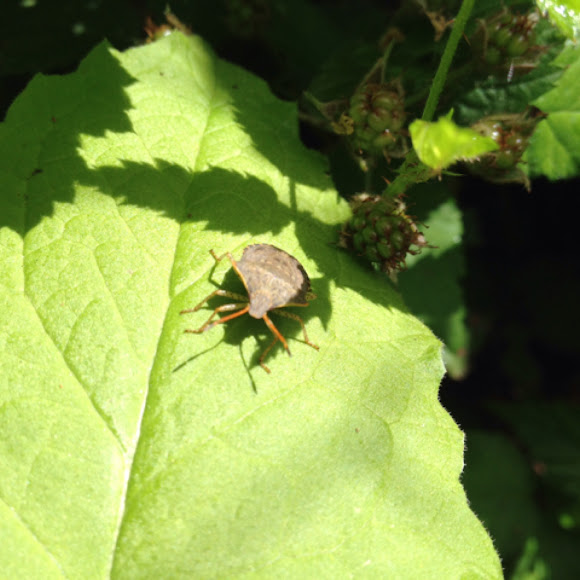 It's about as big as a dime, brownish grey on top, green underbelly, and it loves to eat blackberries. It kept trying to crawl away from me, and finally, about after an hour, it flew away. So, this little guy has wings.

It was hanging out in the blackberries. It's considered to be a pest, but I've got plenty of berries to share with this cute little stink bug.

At first I thought this was Euschistus ictericus. It looks like it, but it's not supposed to be in Washington State - we're too far west. It's not the Brown marmorated stink bug. It doesn't have those "alternating light bands on the antennae", and it looks more like the Euschistus ictericus, because it's underside is green. Then I came across this: Euschistus conspersus Without a doubt, I'm sure that's the right kind of stink bug.