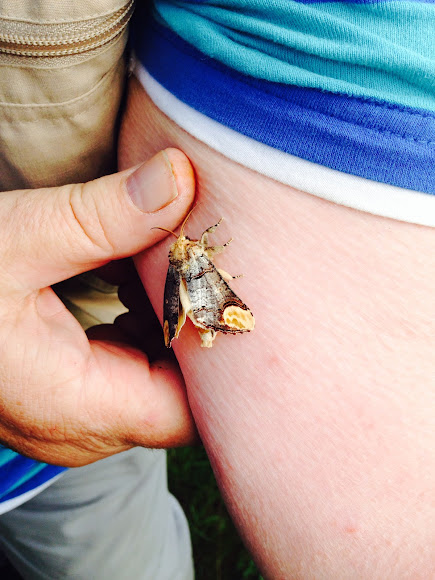 A fairly large, heavy-bodied species with a wingspan of 55–68 mm. The fore-wings are grey with a large prominent buff patch at the apex. As the thoracic hair is also buff, the moth resembles a broken twig when at rest. The hindwings are creamy-white.

Edge of Alder woodland among Dunes.

I think it had just emerged as it was close to the base of grasses and climbing upwards; the wings were "crumpled" when first spotted.

Beautiful moth - perhaps you could put the third photo first to show it more clearly?