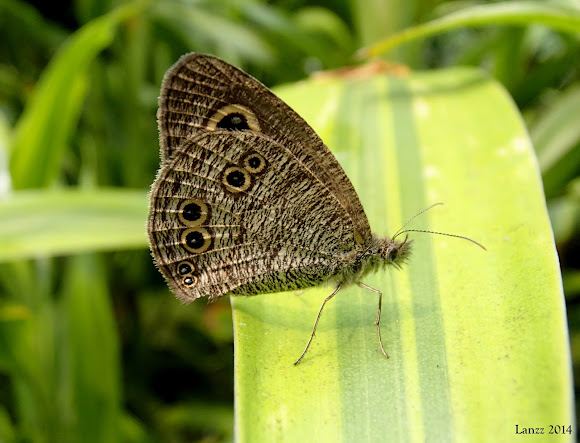 This is a Common Five Ring that i found near the bushes in my backyard. This one is in its wet season form. The wingspan of this butterfly is about 35 mm.

On the upperside, the wings are dull brown with the female being paler in the ground colour in the distal halves of both wings. Both sexes have a large yellow-ringed ocellus in space 2 of the forewing, and two smaller and adjoined yellow-ringed ocelli in spaces 2 and 3 of the hindwing (with another ocellus in space 5 in some specimens). The male has a broad strip of greyish black brand in the forewing.

- Spotted near the bushes in my backyard. Usually it can be found flying low among vegetation in and around grassy patches.

Thanks Daniele for the ID...