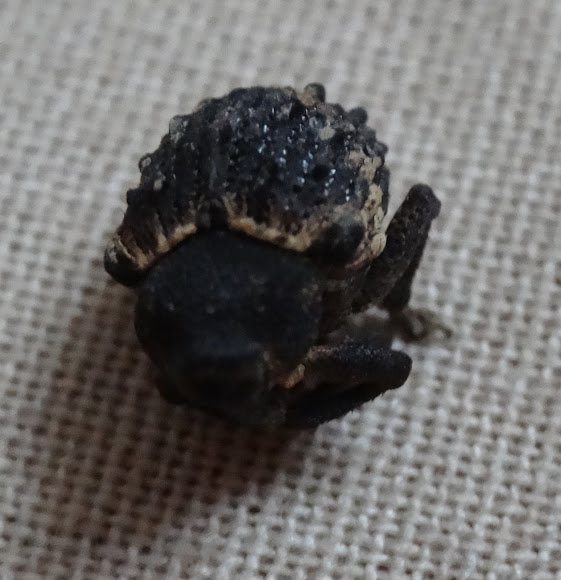 Insect with a definite pattern of knobby ridges on the back. The legs have some sort of flat "feet"like endings.Looks like a weevil.

Garden under a hibiscus bush.

Many were on their backs wriggling to get straight-side up and failing. I aided one with a leaf stalk whereupon it readily righted itself. I placed it on a cushion and began to photograph it. If I touched it or came too close it immediately folded its legs and played "dead". After a few minutes it came to and strode about confidently...but only as long as I did not touch it or come too close. I know about snake playing deda and a bird acting hurt...but an insect doing this. New to me.