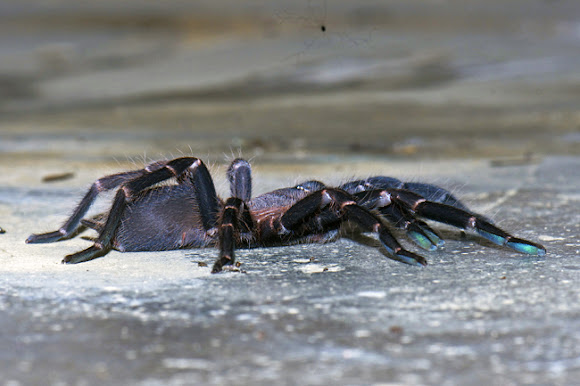 Large tarantula - about 10cms in legspan.

Inside a building in a forested campus

A side view of an adult - Chilobrachys assamensis - Assam tarantula - photographed at Makunda. This large spider was alleged to have caused human fatalities in the town of Sadiya and surrounding villages in Upper Assam last year - it caused a major scare after this was published in newspapers and TV. However, further investigation showed that the deaths were probably due to snake bites. The venom of these spiders is not known to cause death or disability in humans.