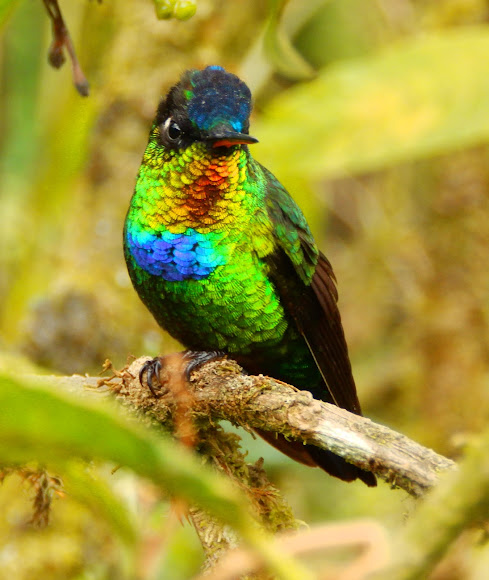 This is about the first beautiful sight you get when you arrive to San Gerardo de Dota. Lots of beautiful fiery-throated hummingbirds are attracted to sweet water feeders in terraces next to the forest. Males and females look the same. they are quite territorial and aggressive towards other individuals, even to hummingbirds of larger species. They have shiny green body plumage, a blue tail, and a white spot behind the eye. It often looks dark, but when the light catches it at the right angle, it shows a brilliant blue crown, yellow-bordered bright orange throat, and blue chest patch. The call is a high-pitched twittering.

Wow! Those are Amazing!

Thanks, Sigg! I am sure that you will see them. These are the most abundant in this area (San Gerardo de Dota and nearby) :-)

SG in CR 7 years ago

Great shots of a really colorful hummingbird. That part of Costa Rica is on my list of places I want to visit this year. Hopefully I get to see some these too.

Thanks, DrNamgyalT.Sherpa and the rest :-)

Beautiful series of this stunning bird!

Thanks Wild Things! yes, they are quite spectacular :-)