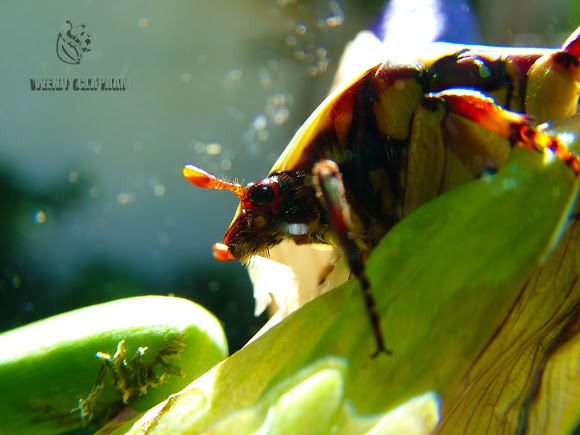 The species is part of the large family Scarabaeidae, which also include the scarabs and dung beetles. This species is large with a smooth carapace. Colouration is variable but basically yellow with dark brown central area broken by yellow spots and a transverse yellow line across the rear of the elytra.

It ranges widely in South Africa and thus are found in a variety of habitats. They are commonly found in gardens..

Adult beetles feed on flowers and fruit, often destroying them in the process which makes them unpopular with gardeners. While commonly found on exotic plants like roses and camellias, these beetles also feed on a range of indigenous plants including Acacia