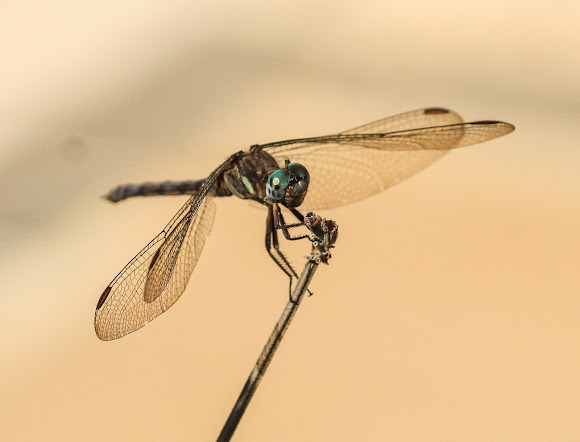 This dragonfly was hunting but had selected a specific exposed twig on which to rest and scan for prey. This gave us an oppertunity to set up and wait for it to return and get some shots. At rest it holds its wings well forward and down that helps in its identification. As some of the first flying insects on earth, they have maintained their four wing design that is inspiring to engineers as they are some of the most accomplished flyers in the insect world. it has been shown that a dragonfly will successfuly hunt and catch 90 percent of the prey items released into an enclosure on its first try. Their large eyes that allow vision everywhere except behind them also add to their success.

Open areas fringed by vegitation along or around rivers aand bodies of water.