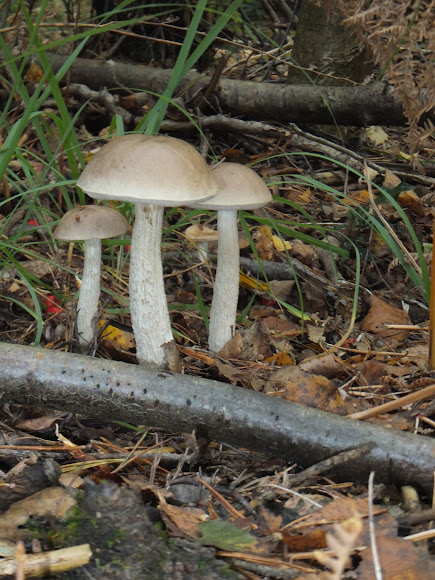 Their main distinguishing feature is the small, rigid projections (scabers) that give a rough texture to their stalks. The genus has a widespread distribution, especially in north temperate regions, and contains about 75 species.

Leccinum species are generally found in the woodlands of Europe, Asia, and North America, They form ectomycorrhizal associations with trees and often associate with trees of a specific genus.

This genus is generally considered to be edible, however, various species of Leccinum may cause nausea when eaten raw. Poisoning after eating yet-to-be identified members of this genus have been reported in N America. The orange/red-capped species, including L. insigne, are suspected.

Thanks CorduneanuVlad! I've not got a great knowledge of trees but next time I take photos I'll try to ID the tree as well, thanks for the hint! :)