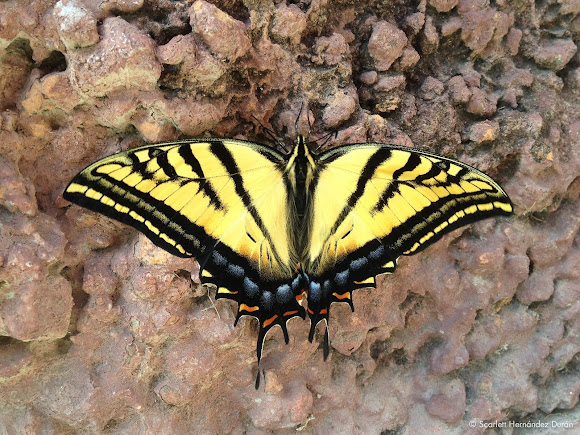 The Two-tailed Swallowtail is a large swallowtail of western North America, one of several species that have yellow wings with black tiger striping. Each hindwing has several blue markings (top and bottom).