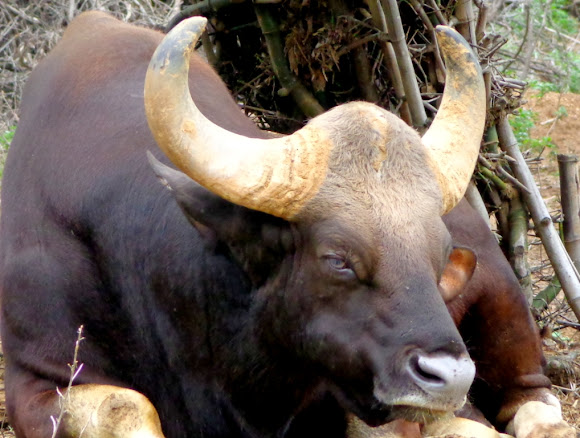 The gaur is the tallest species of wild cattle.The gaur is also called Indian bison, is the largest extant bovine and is native to South Asia and Southeast Asia. The species is listed as vulnerable on the IUCN Red List since 1986, as the population decline in parts of the species' range is likely to be well over 70% during the last three generations.