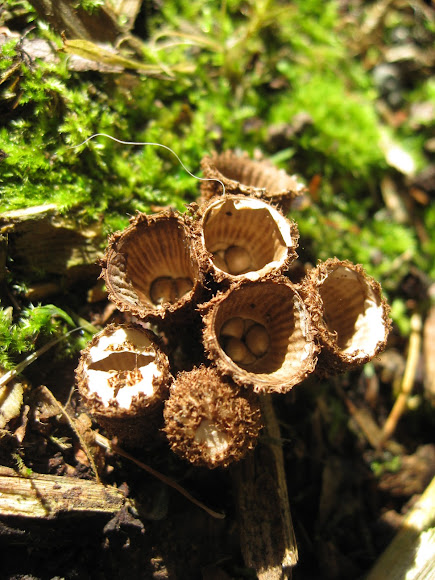 Cyathus striatus, commonly known as the fluted bird's nest, is a common saprobic bird's nest fungus with a widespread distribution throughout temperate regions of the world. This fungus resembles a miniature bird's nest with numerous tiny "eggs"; the eggs, or peridioles, are actually lens-shaped bodies that contain spores.

Cyathus striatus is a saprobic fungus, deriving its nutrition from decaying organic material, and is typically found growing in clusters on small twigs or other woody debris. It is also common on mulch under shrubs. The features of the microenvironment largely influence the appearance of C. striatus; all else being equal, it is more likely to be found in moist, shallow depressions than elevated areas. It is very widespread in temperate areas throughout the world, growing in summer and fall.