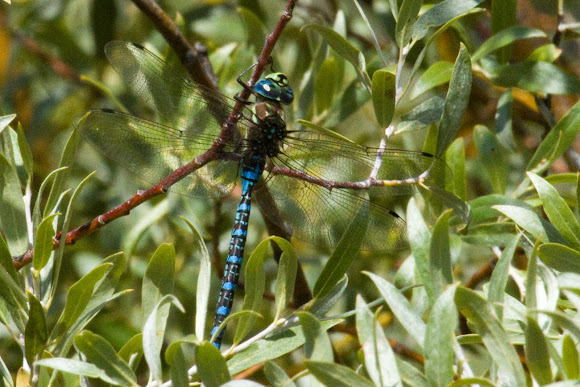 Paddle-tailed Darner (Aeshna palmata) is a species of dragonfly in family Aeshnidae. It is common throughout eastern Canada and United States. It's named after its distinctive paddle-shaped appendages. It lives in many habitats, particularly lakes, ponds, and slow streams, usually with dense shore vegetation