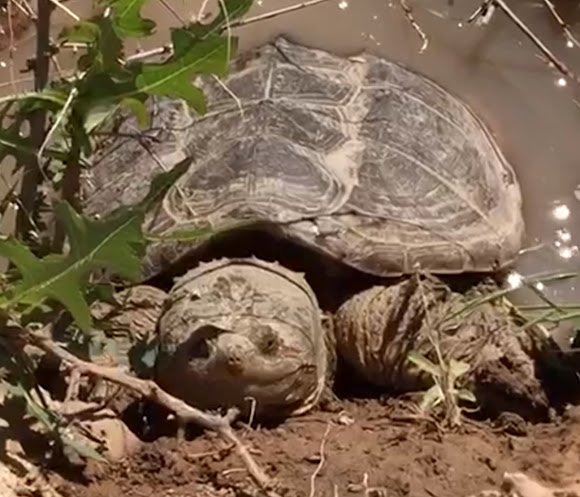 This large turtle had the shell and face of a snapping turtle, and was easy to identify as there is only one species of snapping turtle in New Mexico.

The turtle was basking on a ditch bank, and retreated into the ditch water.

According to research I did snapping turtles are uncommon in the Rio Grande system, and may have been introduced. I saw two snapping turtles basking on the ditch bank nearby in the same location. It is unusual to see them, however, and in all the years I have been here I have only ever seen one other (in nearly the same location, perhaps one of the same individuals). All photos in the spotting are of the same individual, the other retreated into the water before I was close enough. It was a morning after the first significant rain we had received in quite some time, perhaps that has something to do with the appearance of the turtles.