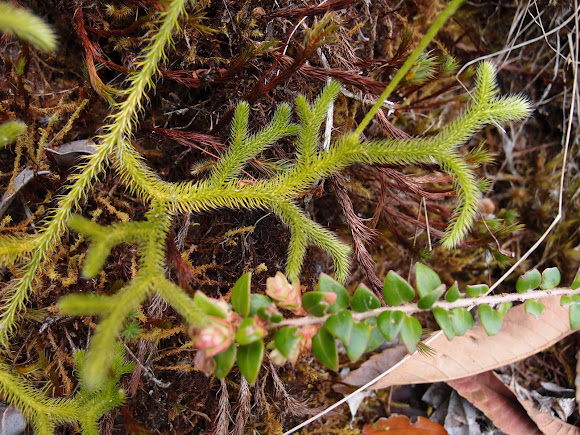 It is the same type of plant as in http://www.projectnoah.org/spottings/438... Initially I made two separate spottings as I was not aware of them being the same species. Here I show the plant with the branches that grow parallel to the ground. The branches shown in he previous spotting have spore cones an grow upright. Lycopodium plants also grow in other mountain areas of the world and have medicinal applications.

It could also be Huperzia sp. I have to check.