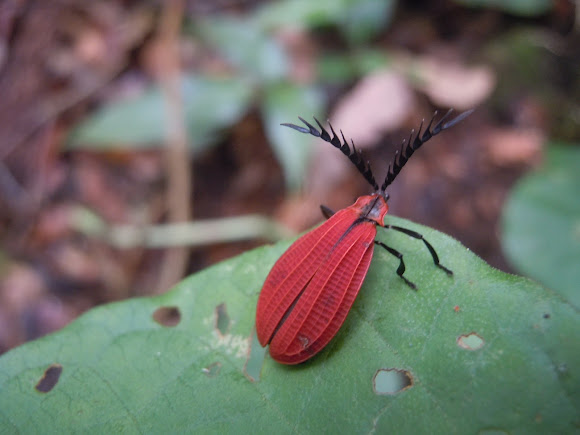 Lycid Beetles are elongated and flattened beetles that may be found on flowers or on plant surfaces.

These beetles are cosmopolitan, being found in Nearctic, Palearctic, Neotropical, Afrotropical, Oriental, and Australian ecoregions.[1] Calopteron discrepans is found in the Eastern United States from New England south to Florida.

I'm sure the scientific name. Is difficult in someone book show Lycidae sp., but is the family, I thing that Metriorrhynchus rhipidius is a real scientific name. I saw this beetle at the Las Alturas Biological Station in San Vito near the La Amistad International Park. Las Alturas de Cotón.