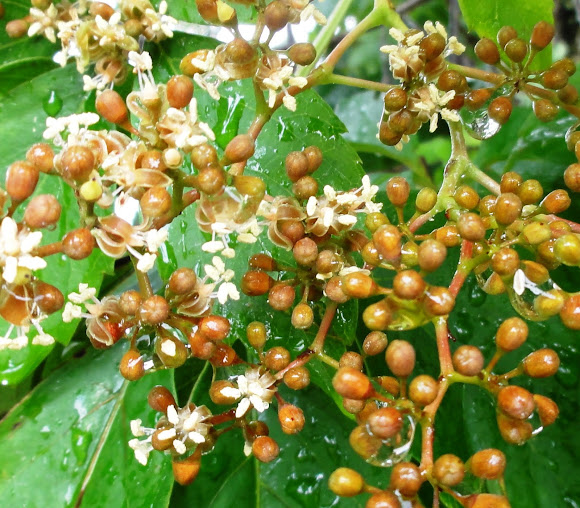 A woody, deciduous vine, Virginia Creeper can be high-climbing or trailing, 3-40 ft. The leaves are palmately compound, composed of five leaflets (rarely three leaflets, particularly on younger vines) joined from a central point on the leafstalk, and range from 3 to 20 cm (rarely 30 cm) across. The leaflets have a toothed margin. The flowers are small and greenish, produced in inconspicuous clusters in late spring, and mature in late summer or early fall into small hard purplish-black berries 5 to 7 mm diameter. These berries contain oxalic acid, which is moderately toxic to humans and other mammals. The berries provide an important winter food source for birds.