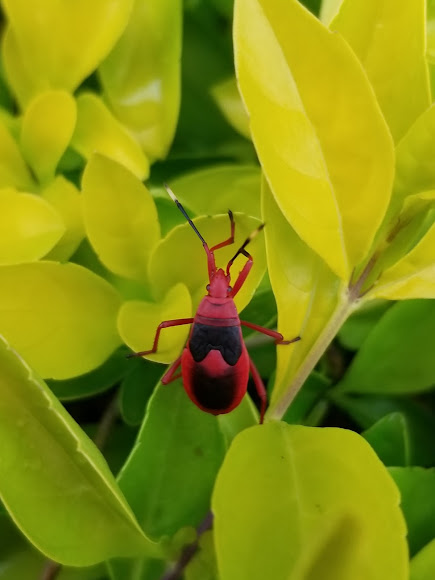 Probergrothius sanguinolens is a insect found in India. They feed on a range of seeds and are particularly common on the seeds of Sterculia and other Malvaceae. They also feed on freshly dead animal matter with early instar nymphs preferring to animal matter to seeds, in this case a nymph. Pyrrhocorids are ground living insects which mostly found to feed on oil seed and plant sap. Some of the species predate other Pyrrhocorids and occasionally other small insects as well. Around this specimen many others were eating each other.

Found at Brindavan gardens, Karnataka. Usually found near their food plant seeds, such as sterculia seeds, and malvaeceae seeds.

The second antennal segment is slightly longer than the first. The nymphs can vary in design than fully grown adults.