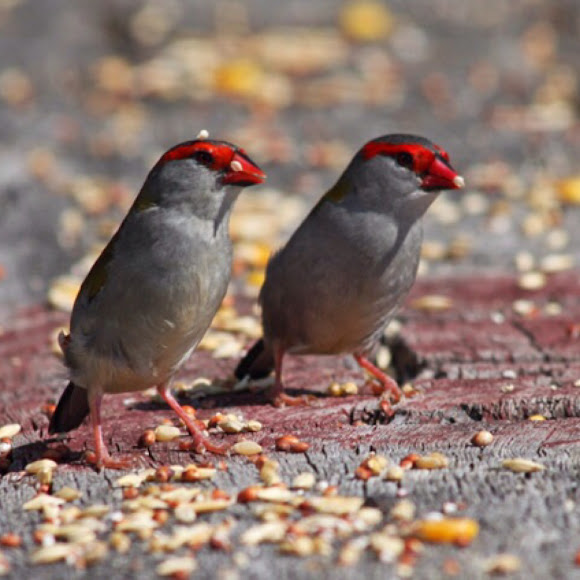 Most recognisable by red brows, rump & beak, the upper parts are an olive green with grey underneath. Both sexes are similar in appearance.

Hi SeraArnold! Here is a mission that you might like to join and add your spottings to:
http://www.projectnoah.org/missions/8642...
Flora and Fauna of New South Wales by Alice Greenup.

Welcome to Project Noah, SeraArnold,
I hope you like the site as much we do; there are many features you can explore:
I invite you to go to http://www.projectnoah.org/faq where you will find the purpose and “rules” of Project Noah.
There is a blog http://blog.projectnoah.org/ where we post articles from spotters with special insight into different organisms.
There are also the chats for help with identification, and to comment on your own and others’ spottings.
Look at the global and local missions to put your spottings into:http://www.projectnoah.org/missions
Enjoy yourself here, see you around!