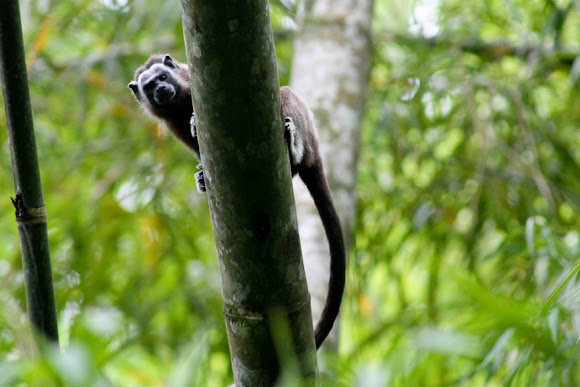 The white-footed tamarin (Saguinus leucopus) is a tamarin species endemic to Colombia. This species has a relatively small range and is under threat from destruction and fragmentation of the forest in which it lives and the International Union for Conservation of Nature has assessed its conservation status as "endangered".