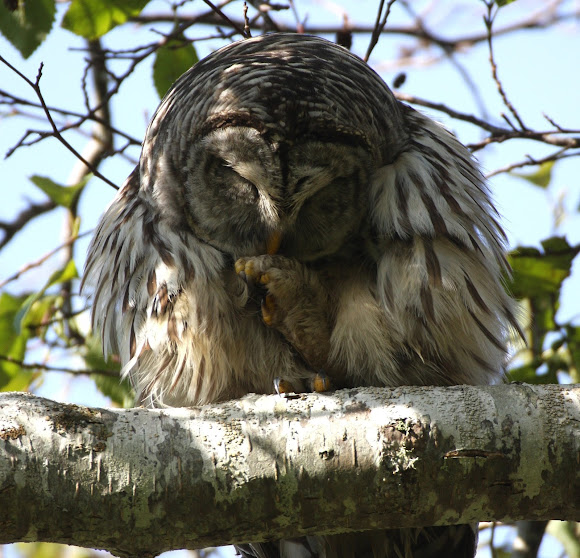 The Barred Owl is an owl with one of the largest ranges and stablest populations in North America. Due to their large niche, non-specific diet, and aggressive no-fear attitude, they often thrive even in urban areas and are hence under less threat due to habitat loss.