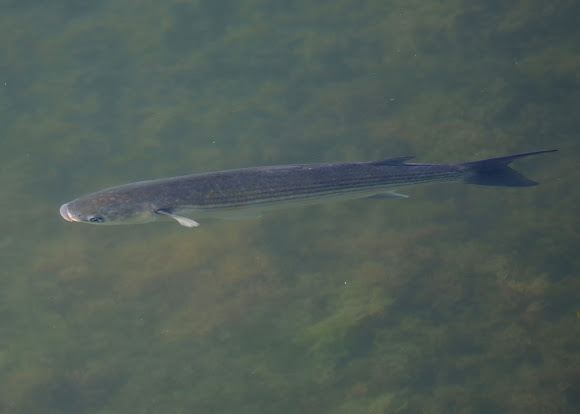 Found in Guernsey in the Channel Islands at St Sampson's harbour at mid tide. Mostly loafing at the surface although younger fish were feeding on the sea floor and moving through the water column. The fist two images show a large adult, the other images are of younger smaller fish. This species is generally a shallow water species often found near the coast in river estuaries and harbours. Rarely found deeper than 10 meters depth.

There are 3 species of Grey Mullet found in these waters. The Thin Lipped is the most similar but are generally a much smaller fish with lighter colouration and less prominent stripping on the sides as well as other small differences.