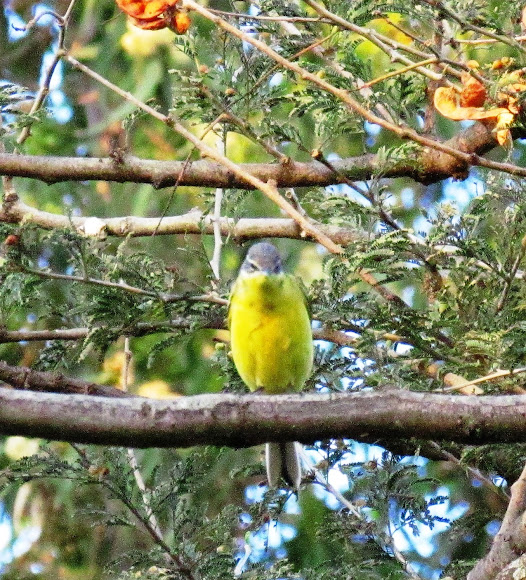 Slender predominantly yellow bird with olive green back and grey head, with constantly wagging long tail. Some 15 cm in length, in total. Subspecies are differentiated by the pattern on head; this one most likely being M. f. flava.

Common resident bird in many places of sub-Saharan Africa, often found in small groups and near water. Looks for tall grass and reed vegetation on shores and marshy areas. Here, on shores of lake Awassa, in marshy parts of this shallow freshwater (or slightly alkaline) lake.

Lake Awassa (or Hawassa) is a part of main Ethiopian Rift Valley series of lakes, situated at some 1700 m of altitude. Like most of Rift lakes in Ethiopian highlands, this is an endorreic lake (landlocked mass of water having no outlet and not connected to the sea), and as such surrounded by marshes that regulate its levels through evaporation. Because of marshes and its forested shores, the lake is known as birdwatcher's paradise - very rich with various waders. Unfortunately, many of these marshes, or at least those of an easy access to visitors are very polluted by plastic garbage - mainly plastic bottles and bags...