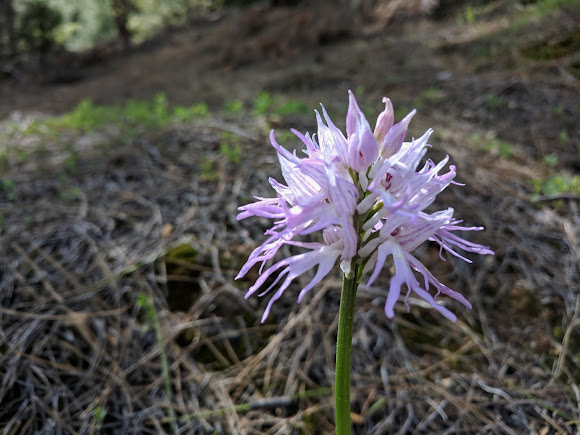 Orchis italica, commonly known as the naked man orchid or the Italian orchid, is a species of orchid native to the Mediterranean. It gets its common name from the lobed lip (labellum) of each flower which mimics the general shape of a naked man. It prefers partial shade and low nutrient soil and flowers in April. O. italica grows up to 50 centimetres (20 in) in height, with bright pink, densely clustered flowers. They are found commonly and widespread in the Mediterranean in large clusters. (Wikipedia)

Spotted on pine woodlands located on the eastern skirts of the Amanus mountains in southern Turkey. Approx. Elevation 550m.

According to information I've read and some photos I've checked online the plant is supposed to be found in large clusters; interestingly, this one was a solitary plant, I wonder why.