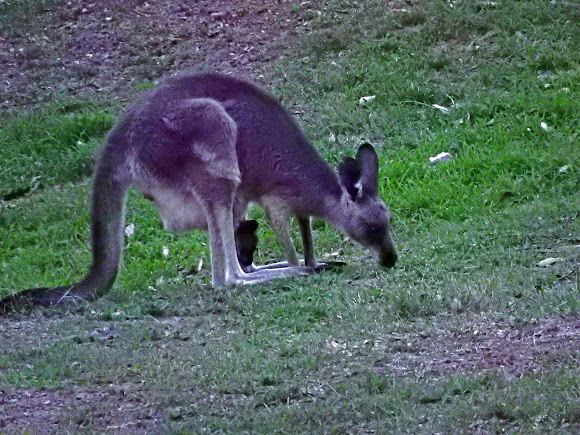 The eastern grey kangaroo is a marsupial found in southern and eastern Australia, with a population of several million. It is also known as the great grey kangaroo and the forester kangaroo. Females commonly weigh around 17 to 40 kg (37 to 88 lb). The eastern grey is easy to recognise: its soft grey coat is distinctive,

Saw this female with Joey in it's pouch from the apartment I was staying at at Oaks Cypress Lakes Resort, Pokolbin in the Hunter Valley N.S.W. They graze freely around the resort and are quite used to humans and don't seem to mind if you get reasonably close