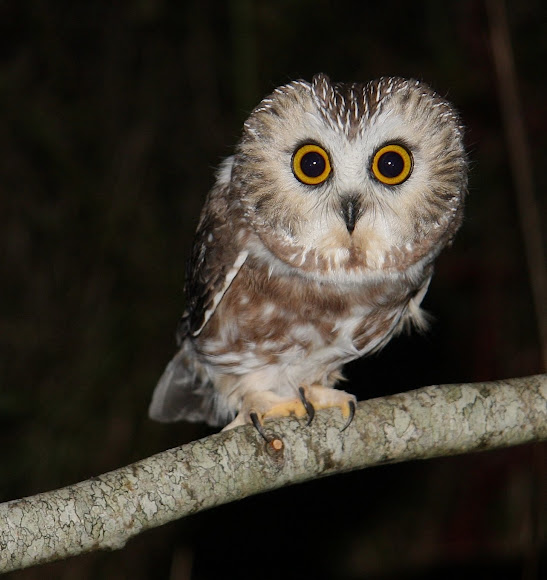 Northern Saw-Whet Owls are small owls (17-22cm on average) that are native to North America, and are typically divided into Eastern and Western populations. This individual is part of the Western North America population and was captured and banded as part of a Northern Saw-Whet Owl banding program on the Canadian West Coast that is studying migration patterns and survivorship. After being banded, it stuck around the banding station for a while observing the goings-on with much curiosity!

Wow, thank you so much for the congratulations and the comments everyone! Very much appreciated! :)

I love that look!

Love it so much..Wonderful capture :)

Awesome shots! Thanks for sharing congrats :)

Congratulations LivesInADream, your adorable little owl has been chosen as Spotting of the Day!

This little owl was temporarily captured during a banding program that is studying migration patterns and survival. It stuck around the banding station for a while afterwards observing the goings-on with much curiosity!

Thank you so much everyone!