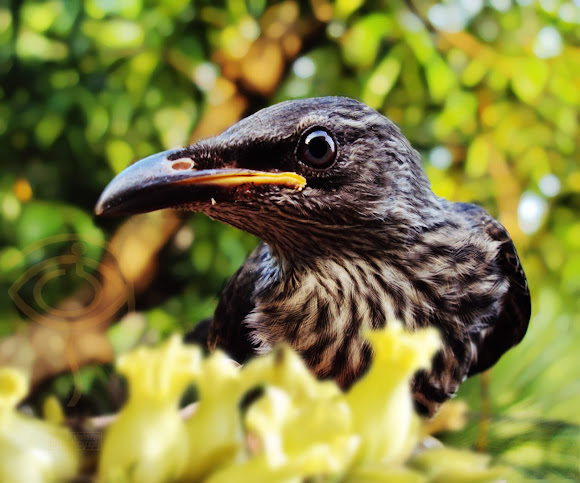 The Asian glossy starling (Aplonis panayensis) is a species of starling in the Sturnidae family. It is found in Bangladesh, Brunei, India, Indonesia, Malaysia, Myanmar, the Philippines, Singapore, and Thailand. Its natural habitats are subtropical or tropical moist lowland forests and subtropical or tropical mangrove forests. There is also a huge number of this species inhabiting towns and cities, where they take refuge in abandoned buildings and trees. They often move in large groups and are considered one of the noisiest species of birds.

What a gorgeous portrait