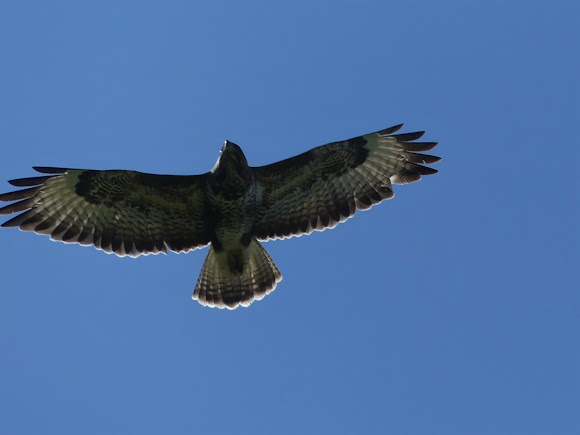 The common buzzard is a medium-to-large bird of prey which has a large range.It is a year-round resident. The common buzzard is an opportunistic predator that can take a wide variety of prey, but it feeds mostly on small mammals, especially rodents such as voles. It typically hunts from a perch. Like most accipitrid birds of prey, it builds a nest, typically in trees in this species, and is a devoted parent to a relatively small brood of young. The common buzzard appears to be the most common diurnal raptor in Europe, as estimates of its total global population run well into the millions.

Seen over edge of wood bordering a small river.