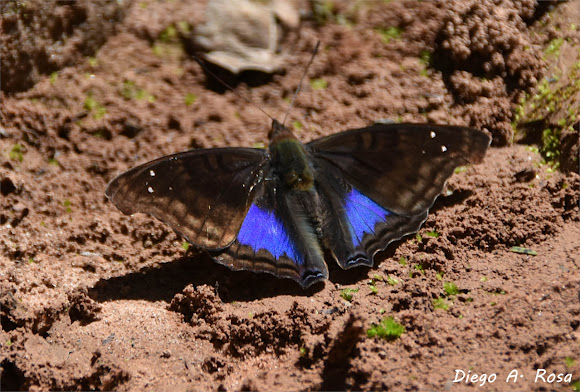 Lepidoptera, family Nymphalidae. This is a male of this Cyane Emperor due to the blue colours in the wing. It can be also identified by the white dots over the wings.

It is associated with the Andes mountains, so It is found at the east of the mountains, from La Rioja to Salta in northern Argentina. This picture was taken in Caimancito, Jujuy province.

Oh the blue on the Cyane Emperors is out of this world!! If you find more of them - please post them!! Great spotting Diego!!